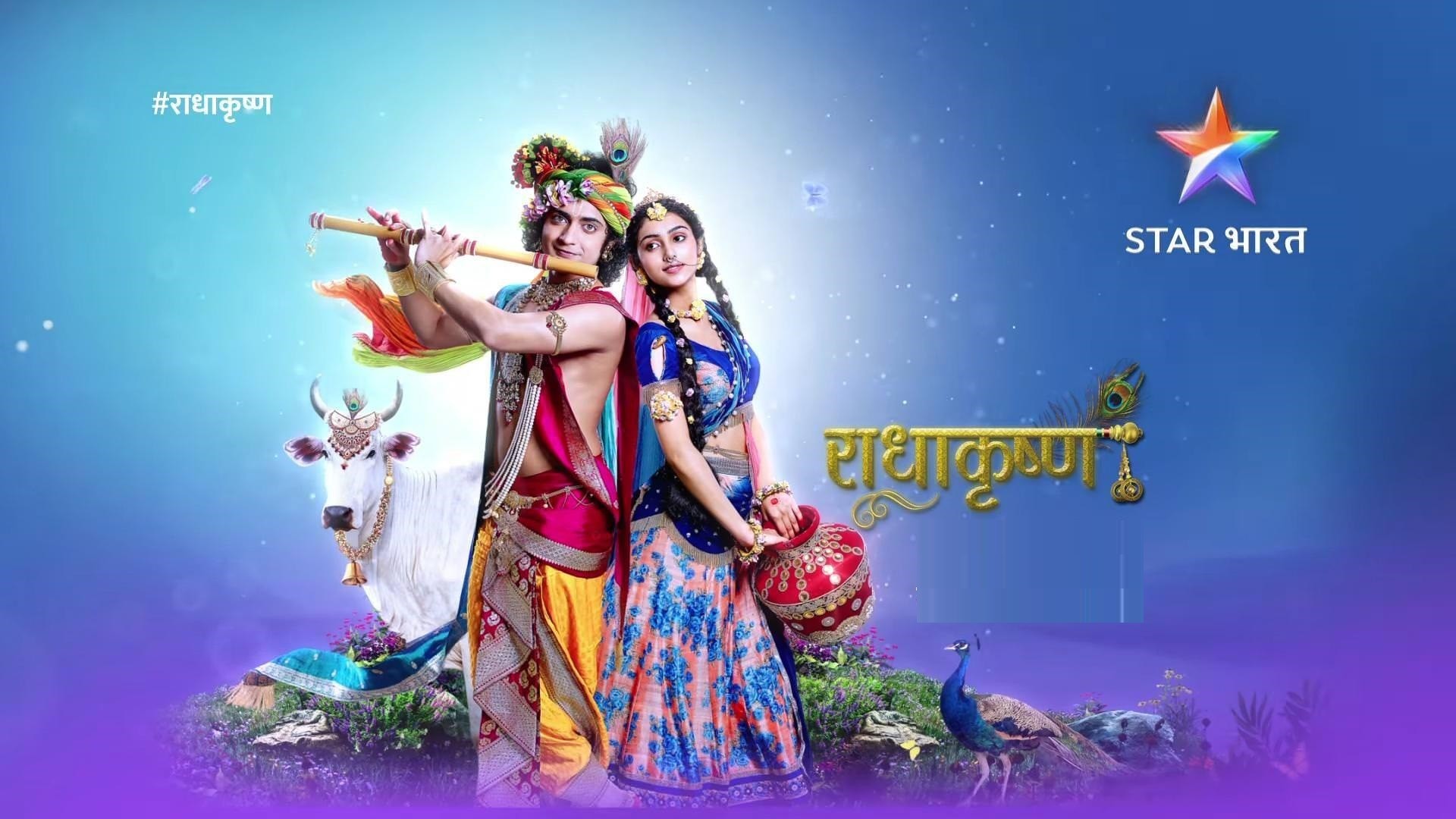 Radha Krishn has been doing very well with the fans and it has now successfully managed to complete 500 episodes.

The cast of Star Bharat’s Radhakrishn is in a celebratory mood. And why not? The show has completed a journey of 500 episodes. Siddharth Kumar Tewary’s magnum opus RadhaKrishn is one of the masterpieces on television, being the first mythological love story ever to gain immense popularity amongst the audiences.

The show has struck a chord with audiences across all age groups, as well as the chemistry of actress Mallika Singh, who plays Radha, and actor Sumedha Mudgalkar who plays Krishn, has been well received by the audiences. Star Bharat with its second chapter also taught viewers the untold facets of Krishn and Arjun.

The show’s upcoming track is going to have many more interesting events as well, the makers have decided to focus on these special event reaching us all. Soon we will get to enjoy Poundrak Vadh as well as Subhadra’s Swayamvar. Not only this, but viewers will also get to see Jarasandh Vadh soon. Following the security guidelines and social distancing, every scene is being shot closely as regular intervals and the actors have shown complete dedication and perseverance to their work.

Speaking about the milestone, Sumedh Mudgalkar who essays the role of Krishn shares, “Being a part of the show and now completing the milestone of 500 episodes it gives me immense pleasure and joy to celebrate even more. It was all only possible because of the constant support and appreciation and support. I got to essay an array of roles along with being Krishn. The most recent one being Paundraka Vasudev. I feel blessed to have been a part of this journey of 500 episodes.”

Speaking about the milestone, Mallika Singh who essays the role of Radha shares, “From being nervous during the auditions to almost losing hopes for bagging the role and finally getting it was all a rollercoaster ride for me. If someone told me then, that our show would win million hearts and I would get such warm welcome from the audience for essaying an elegant role of Radha, I would have not believed it then. I feel I have grown as an actor and a performer and this journey of 500 episodes have been more than a pleasant one.”

Kinshuk Vaidya who essays the pivotal role of Arjun in the show shares, “I have been a part of this show since a few months now but the happiness that I feel today as the show completes 500 episodes’ mark is beyond anything. It has been really great to be a part of a show of this caliber and I would thank Swastik Productions and Star Bharat channel to trust me with an iconic character like Arjuns’.”

Ishita Ganguly who essays the pivotal role of Draupadi in the show shares, “Draupadi’s role is really close to my heart as I have always dreamt of playing a role of such strong principles. With the recent storyline and the upcoming track of the show I am even more excited. The show completing 500 episodes and being even for a few months makes me elated as I will be able to now celebrate it with even welcoming co-stars and our makers. I feel absolutely blessed to be a part of an epic show like ‘RadhaKrishn.’”

Kudos to team RadhaKrishn for achieving this milestone of 500 episodes!

Todays telecast of Radha Krishn 28th May 2019 in 720p High Definition can be watched online on DailyMotion below.... read more

Todays telecast of Radha Krishn 4th October 2019 in 720p High Definition can be watched online on DailyMotion below.... read more

Star Bharat's Radha Krishn is geared up for a major sequence... Actor Kunal Bakshi is all set to essay the... read more

Radha Krishn Online Episode aired on 17th March 2020 in 720p High Definition can be watched on DailyMotion below.... read more

Todays telecast of Radha Krishn 5th June 2019 in 720p High Definition can be watched online on DailyMotion below.... read more

Radha Krishn Online Episode aired on 21st February 2020 in 720p High Definition can be watched on DailyMotion below.... read more

Todays telecast of Radha Krishn 15th June 2019 in 720p High Definition can be watched online on DailyMotion below.... read more