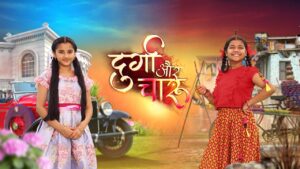 After the success of season 1 of the popular serial Barrister Babu on Colors TV, the makers of the serial are bringing the most awaited season 2 named Durga Aur Charu soon on Colors TV. Earlier the show was supposed to be named Barrister Babu 2 but now the name has been changed to Durga and Charu. The serial highlights the position of women in Indian society during the 20th century and how an unusual couple sowed the seed of liberalization in that era. The serial is being produced under the banner of Shashi-Sumeet Productions. Child actress Aurra Bhatnagar Badoni who got famous through her role as Bondita has been roped in for Durga and Charu as well. The role of male lead will be played by the actor Krish Chauhan while Vaishnavi Prajapati will also be playing a prominent role in the serial.