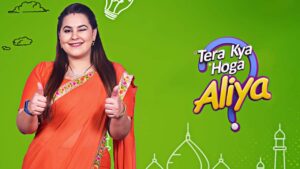 Tera Kya Hoga Alia is an Indian Hindi language television comedy series. The show is produced by Vipul D Shah under the banner Optimystix Entertainment. The second season of the show will be launched on 31 August 2020, with a new title Carry On Alia. It will be aired on the same time slot as of the season 1.

Show is Aired on: Monday – Friday