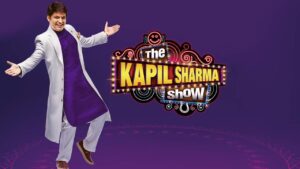 The Kapil Sharma Show is an Indian Hindi stand-up comedy and talk show broadcast by Sony Entertainment Television. Hosted by Kapil Sharma, the first season of the show had its premiere on 23 April 2016. The series revolved around Kapil Sharma and his neighbours in the Shantivan Non Co-operative Housing Society. The filming of the show took place at Film City situated in Goregaon East, Mumbai.The first season of the show was produced by Kapil Sharma's production house K9 Films in association with Frames Productions while the second season is being jointly produced by Salman Khan Television and Banijay Asia with K9 Films and TEAM (Triumbh Entertainment & Media) as the creative producers.

Is this why The Kapil Sharma Show is going off air in February?

Bindu, Ranjeet and Gulshan Grover to be seen in the Kapil Sharma’s show?