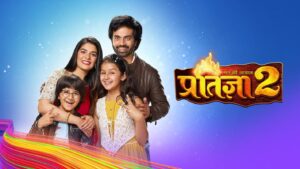 Mann Ki Awaaz Pratigya 2 is an Indian television serial. The show is being produced by Rajan Shahi under his banner Director’s Kut Productions while Pearl Grey is the writer-creative producer-showrunner. Pooja Gor will be seen continuing to play the lead in the show alongside Arhaan Behl and Sajjan Singh in pivotal roles. The show is the sequel of the popular TV series, Mann Ki Awaaz Pratigya aired on Star Plus channel from 2009 to 2013.