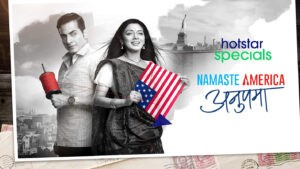 The story is setted after 10 years of Anupamaa and Vanraj's marriage in the year 2005. Rupali Ganguly, Sudhanshu Pandey, Gaurav Khanna, Alpana Buch, Arvind Vaidya, Shekhar Shukla and Ekta Saraiya are confirmed cast of the series reprising their current respective roles. While Sarita Joshi has been reported to play Hasmukh's mother, Madalsa Sharma Chakraborty and Aneri Vajani's characters aren't confirmed that if they will be reprised or not. While Paras Kalnawat, Ashish Mehrotra and Muskaan Bamne will not be seen because of Samar and Paritosh's childhood version and Pakhi's character yet to be born in prequel, Nidhi Shah's character will be completely eliminated. Later actress Puja Banerjee confirmed playing a new character Ritika who will be a former girlfriend to Vanraj.