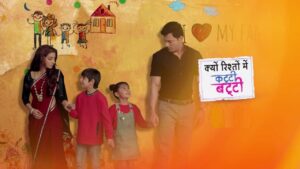 Neha Marda is coming back with the new show " Kyon Rishton Main Katti Batti" on ZEE tv . she was seen in " Doli Armaano ki" for well known of her role as Urmi broadcasted by Zee tv.She gained the popularity for her role Gehna in Balika Vadhu. She appeared in Javed Jaffery show " Boogie Woogie" on Sony Tv.She has been nominated and won the several awards such as Faviourite Beti,Favourite Nayi Jodi,Favourite Jodi.

Show is Aired on: Coming Soon…