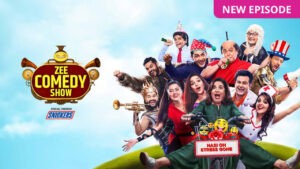 Show is Aired on: Saturday – Sunday.